“On the night of October 11th, 1932, less than a month before the people of Chicago went to the polls to elect a state’s attorney, David Mantley, heading the reform ticket to dissolve the marriage of gangsters and politicians, addressed a small crowd from the back of his campaign truck.”

Moments after a small rally, Mantley is ambushed by a gunman from a passing car. Eliot Ness figures political puppetmaster Brian O’Malley (David Brian), already under indictment for another murder, may somehow be involved.

Recklessly pursuing witnesses who are scheduled to testify against him, O’Malley is preparing to have former henchman George Davas (Johnny Seven) killed and contacts his men inside the police department to pull it off. But Ness has Davas and Stanley Wolinski (Jack Elam), another of O’Malley’s men, under tight security. When a package of peanut brittle arrives for Davas from his girlfriend, Julie Duvall (Fay Spain), Ness gives it a bath to be sure it isn’t a bomb.

Not long afterward, Davas is killed by a fall from the sixth-story window in the hotel where the two had been sequestered. Detective Drexel (Robert Brubaker), one of the two men on duty at the time, is quick to suggest that Davas had committed suicide, but Ness knows better. In his interrogation, Ness finds that the alibis don’t quite match, and soon detective Murphy (K. L. Smith) confesses that he had been asleep when Davas went through the window. Convinced that Drexel murdered Davas, Ness orders him held. But the case against O’Malley remains in jeopardy unless the Untouchables can locate Duvall, who Wolinski reveals may be able to corroborate his testimony.

Armed with a postmark on a package of peanut brittle and the knowledge that Duvall had deposited 90 cents in a coin phone for a call to Davas shortly before he was killed, Ness launches an intensive search for the girl. But O’Malley has Henny Wieser (John Marley), and other spotters looking for her as well. Before long, the grieving woman is seen in a betting parlor and followed to a motel by one of O’Malley’s men. At virtually the same time, the Untouchables happen upon the motel, and Ness approaches Duvall only moments before O’Malley’s thugs arrive. Convincing her that her lover’s murderer mustn’t go free, she breaks down and agrees to tum state’s evidence. As they prepare to depart, they are fired upon by O’Malley’s gunmen. A long gun battle ensues ending ultimately with a route of O’Malley’s torpedoes.

”Julie Duvall and Stanley Wolinski appeared in federal court two days later as witnesses against O’Malley, who was sentenced to life imprisonment. His testimony against deputy police chief Bryson and detective Drexel saved him from the electric chair. But it was all for nothing. A broken man, Brian O’Malley died in federal penitentiary just ten short months later.”

Intense and unrelenting, Testimony of Evil is classic Untouchables. Its pace is quickly established with the script cross-cutting between two opposing speeches in an editing convention rarely employed by the series. The stakes are immediately established – either the corrupt will eat the citizenry of Chicago alive or Eliot Ness will intervene to stop evil men dead in their tracks.

Although David Brian’s second appearance in the series is much like his first in The St. Louis Story, he is supported by fine performances from John Marley, Fay Spain, and wild-eyed Jack Elam.

Co-starring with Rod Steiger in Al Capone  (1959), Fay Spain compellingly portrayed the famous mobster’s wife, Mae. Thrust back into another Prohibition-era script, this time as a blonde, Spain is perfect as fetching, easily mistaken for cheap and easy Julie Duvall, whose boyfriend winds up splattered all over the sidewalk outside the Crestmont Hotel where Ness had his witnesses under protective custody.

Suspecting foul play, Ness gets to shows his detective chops in a protracted scene where he interrogates the police officers who were meant to prevent the witness’s untimely death. Ness suspects foul play and deduces that one doped the other with carbon monoxide from the kitchen stove, and proceeded to slugged the witness and throw him from the window, making it appear to be a suicide. Robert Stack is his traditional confident and dogged self in this sequence, and while there’s nothing at all flashy or ostentatious, it’s a pleasure to watch him assemble the pieces and play hawkshaw.

The story culminates in a major gun battle staged at a vintage motel cabin, where Duvall had been hiding out from both the law and the lawless. Featured in the opening teaser, as well as the final scene in the network trailer, was the well-staged near-miss. As an unsuspecting Ness opens the motel door to leave, it disintegrates from gunfire. Throughout the battle that follows, the set suffers considerable damage reminiscent of the gunplay in the Barker story.

Paul Genge, the fellow with Russian features who surfaces from time to time in this series as a cold-blooded, if somewhat subdued nasty, was the the fellow who rode shotgun into a fireball in the celebrated Steve McQueen chase-thriller Bullitt (1968).

JULIE: Why don’t you leave me alone, I don’t want any part of it. I wish I’d never met George. All he ever brought me was trouble. He was a fool.
NESS: He was also the man who loved you. Are you going to let his murderer go free?

• Dozens of unassuming but artful dolly shots in this episode help keep up the brisk pace.
• While having the Untouchables trapped in the motel room is a nice change of pace, the quarterback throw of the oil lantern and resulting barn fire is a little much. While Ness and Hennie shoot it out in the barn, Lee and Rico just hang out waiting for instructions.
• It’s a common trope in film and television shows that no one ever runs out of ammunition, but here Ness is clearly seen reloading his .38 pistol before entering the barn.
• All of the subsequent gunfire sound effects used in the barn are the deeper pitched Gunsmoke-variety, in what appears to be an intentional choice to reflect the different acoustic nature of the setting. Overall, the music and sound effects editing episode is largely first class. The first two gunshots and ricochets which rattle off the motel door help sell the imminent danger and clearly special effects supervisor A.D. Flowers is having a ball tear up the room.
• The line reading of “Lee, call Beecher Asbury” from the teaser is a different take than the one used later in the episode, and the shot duration and sound effects all differ. While using alternate edits is not uncommon for teasers, using different takes is more unusual.
• In two separate scenes, shots of Ness are flipped horizontally for editing coverage. Stack’s hat always looks weird turned the other.
• A young Micahel Parks appears in an uncredited role as Tommy, the elevator operator. 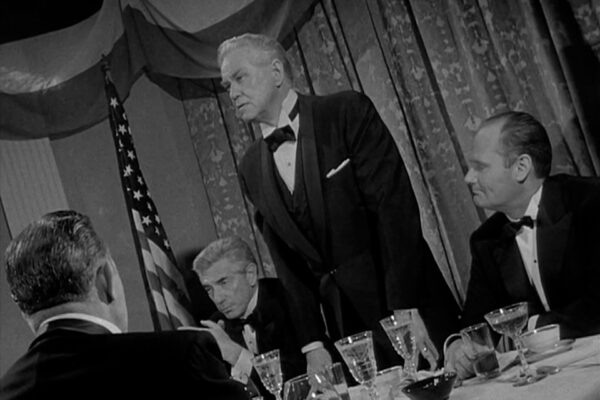 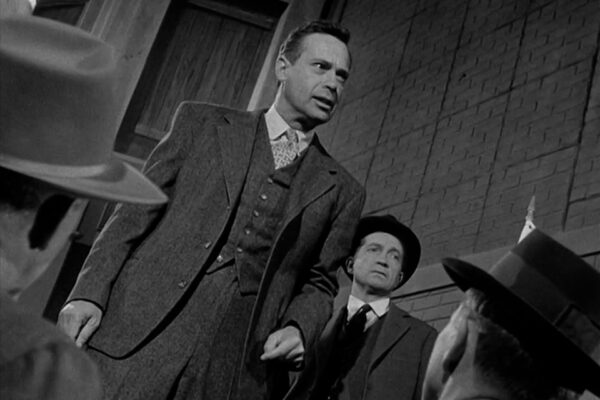 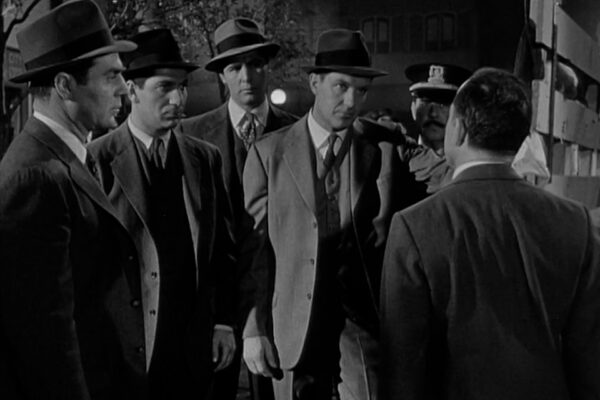 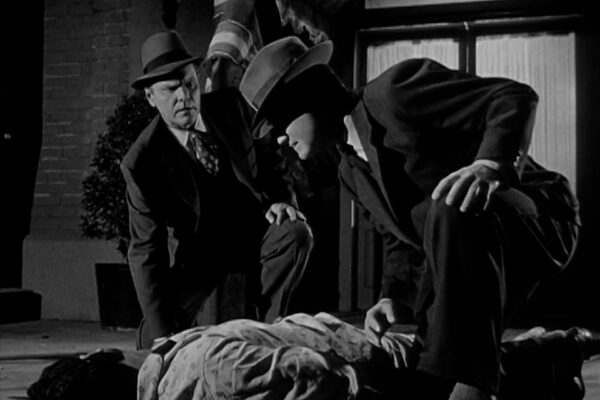 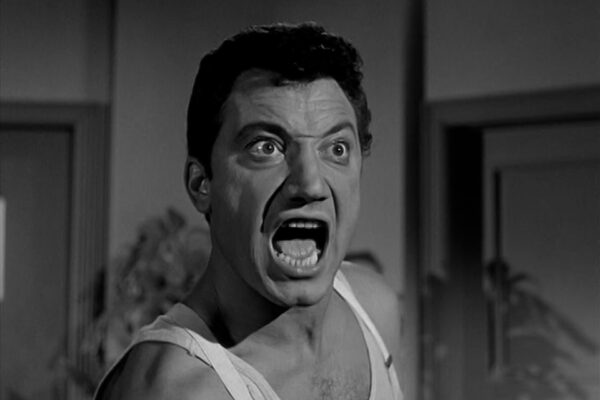 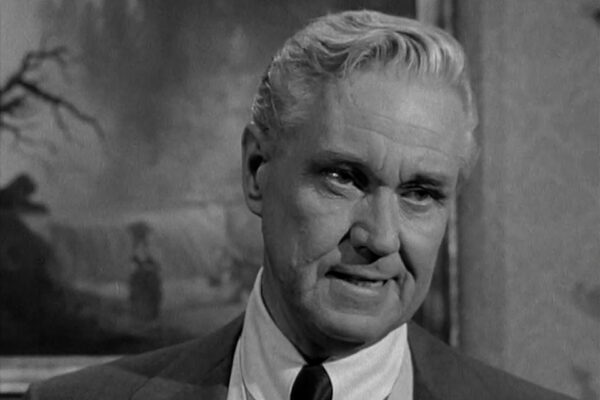 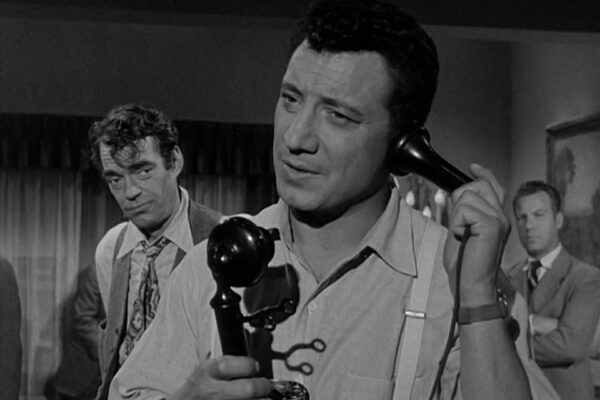 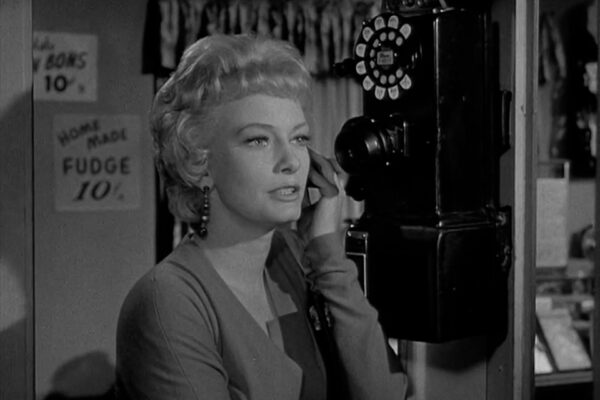 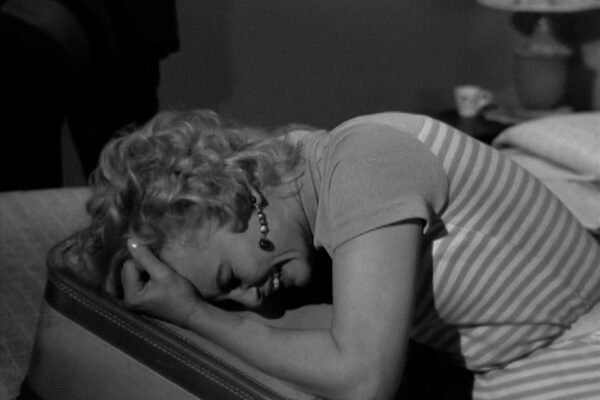 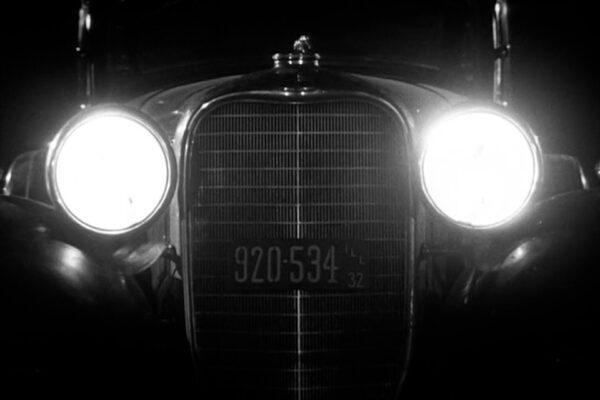 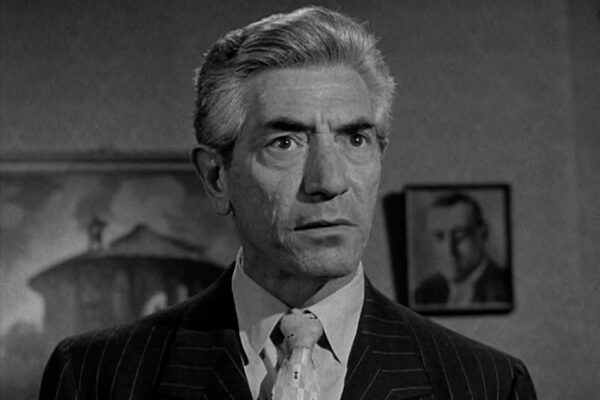 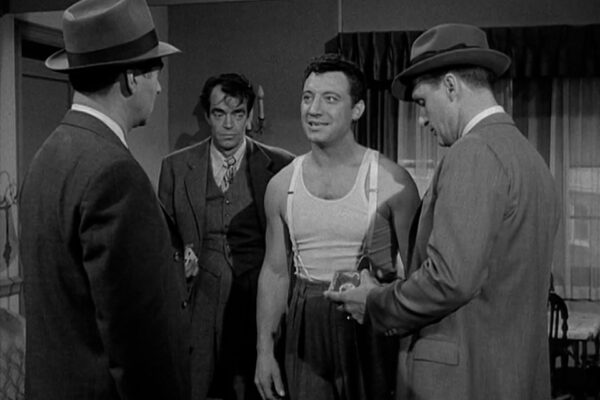 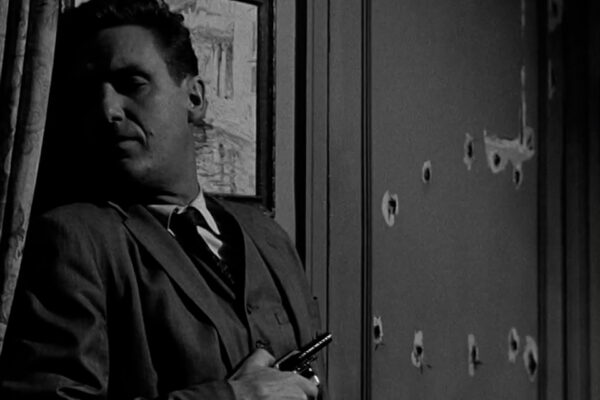 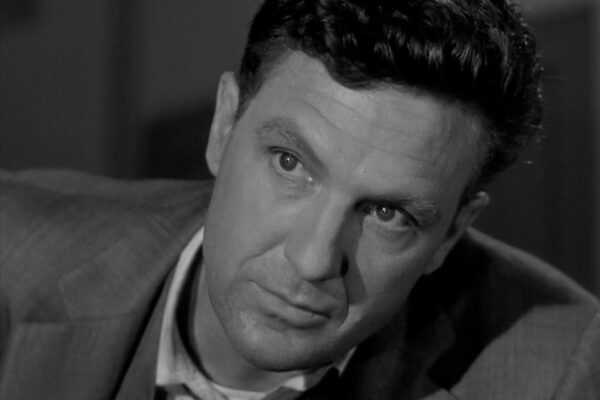 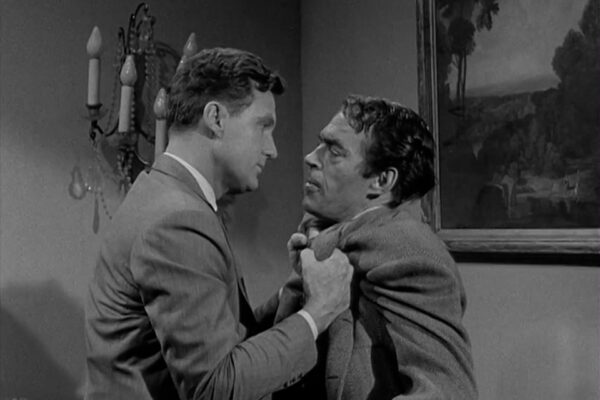 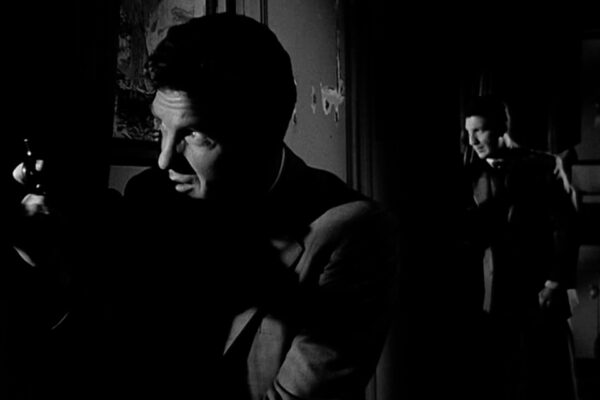 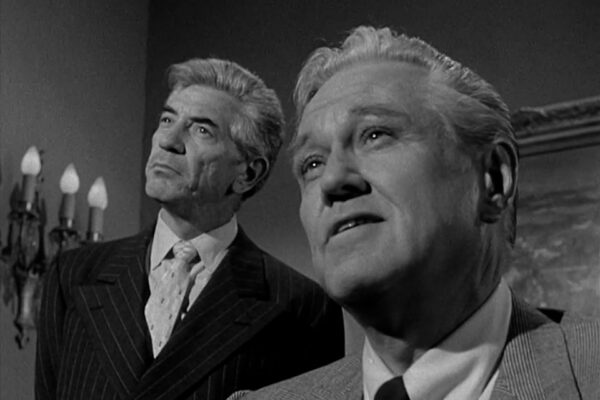 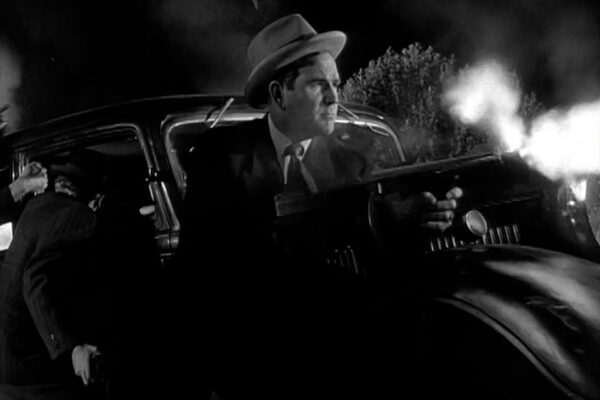 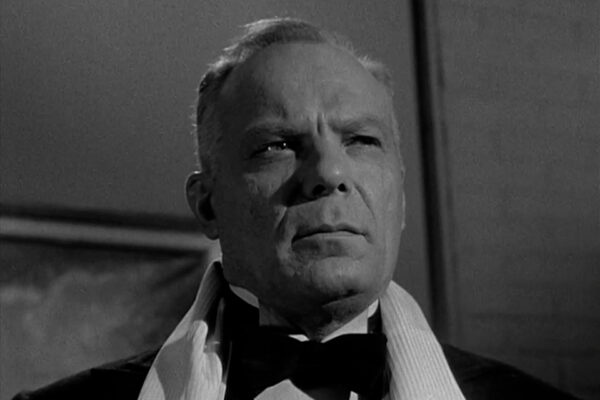 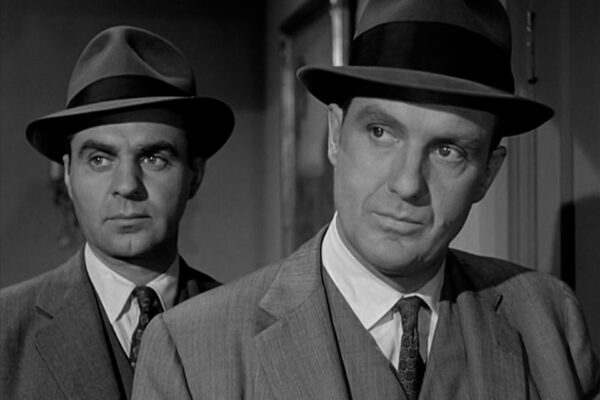 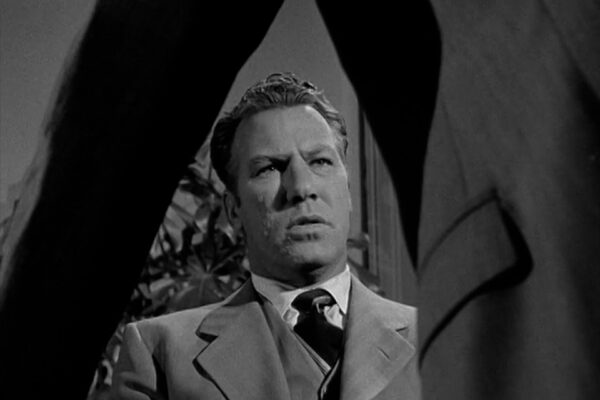 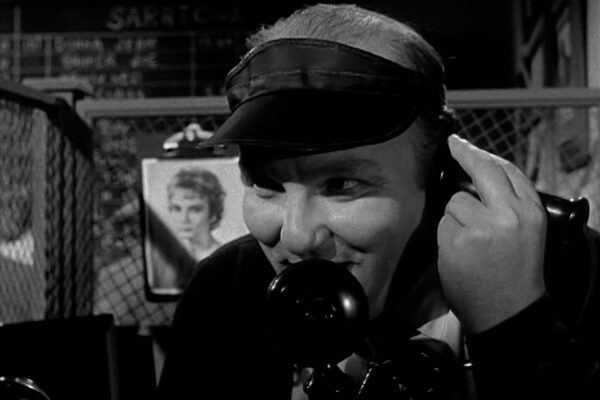 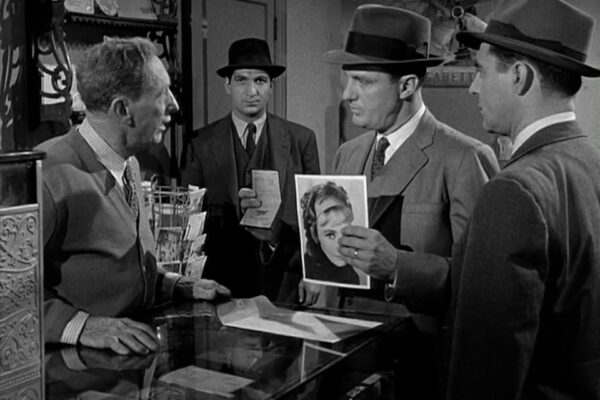 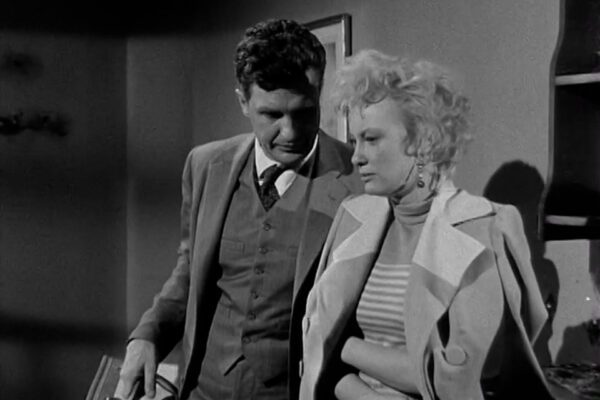