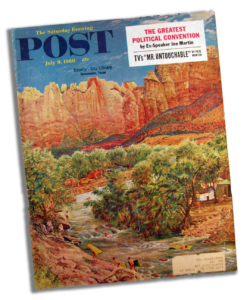 To anyone interested in peeling back the layers of outer covering to get at the core of what makes a smash TV success, Stack is the right man. As he and I talked, it seemed to me that we came close to doping the answer as to what made The Untouch­ables the biggest hit among the new TV series of the 1959-60 season. Stack was concerned with the reasons behind the resounding success with which he happened to be connected. “Maybe,” he told me, “if I know the whys, I can help keep them that way.”  END_OF_DOCUMENT_TOKEN_TO_BE_REPLACED