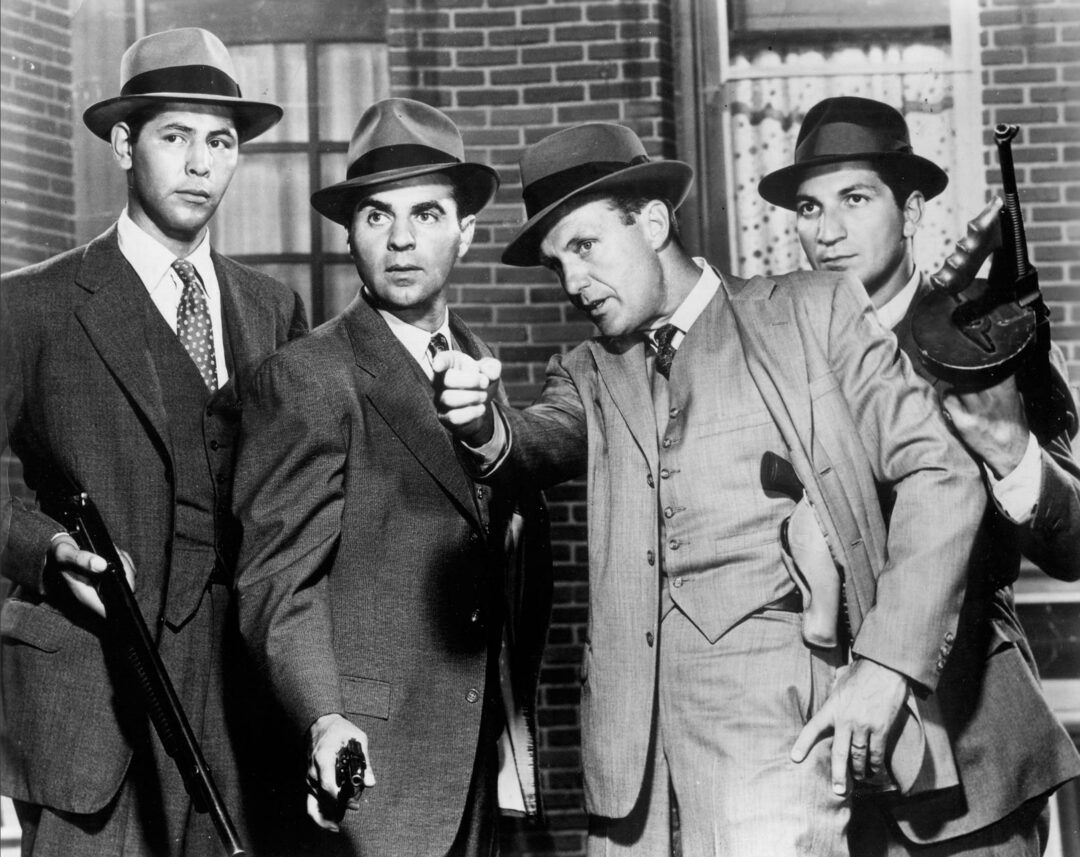 A television series with few neutral observers during its network run, The Untouchables was either loved or hated.

The program generated almost as many headlines as those of a Prohibition-era Chicago it attempted, often successfully, to dramatize. Its high quality made more friends than enemies, but those who railed against it were often heard above the praise. It became the center of controversy for everything that was wrong with the country from ethnic slander to the effects of television violence upon America’s impressionable youth. Since then, it has become recognized for its innovative excellence and timeless appeal, while elevating both a true story and its legend, which we still celebrate today.

Few programs can claim a similar legacy of critical achievement fraught with the social and political upheaval that characterized its original network run. Indeed, none have ever blended elements of the feature film, the documentary, and the newsreel together with such seamless originality.

This project is conceived for a continuously evolving audience, from those that grew up with Robert Stack’s Eliot Ness as a sort of folk hero‑father figure, to those who stumbled upon it late at night in endless vandalized reruns and became enamored of its mischievous charm. As one of the handfuls of so‑called classics from television’s reckless youth, it has the capacity to return again and again. While a YouTube video can quickly call up an hour of Primetime from long ago, this project will serve to replay many of the stories behind and beyond the small screen.

While the story of The Untouchables is derived from the series itself and of events generated by its airing, it is also one of chemistry, the rare moment when every essential element — timing, talent, and sheer luck — combined to produce an exceptional hour of entertainment with some consistency. As such, this work may be considered a belated tribute (lofting a once illegal glass, so to speak) to the many talented and adventurous people of Desilu who, under the stewardship of the late Desi Arnaz, made names for themselves and earned a living by creating The Untouchables and numerous other programs of its era.

The Untouchables launched and enhanced careers for many. It entertained and annoyed many more, and burned itself up in a relatively short period of time. It ultimately became an early victim of what would much later come to be known as political correctness, the relentless and often imaginary struggle towards inoffensiveness. Much of what went on as a result of the program is retraced in this work along with the individual episodes, summarized, reviewed, and commented upon by many of its creators.

There is general agreement that the series as a whole is one of the finest programs of all time. Many of its episodes remain serious, timeless, and entertaining theater. The running commentary on each of the 120 hours, tempered by the authors’ enduring appreciation for the series is, nevertheless, fair and objective.

Many believe The Untouchables first year remains its best, only to suffer decline following the departure of executive producer Quinn Martin. The point is arguable given that the series stumbled often early on as the creative team attempted to hit stride. This they were able to do with greater frequency during the second and third years, but there is, without question, a certain indigenous charm to the early efforts where the programs more closely resemble period theatrical features. To be sure, there are many fine installments in all four years, but toward the end, they become scarce. Only when the network insisted that The Untouchables become something it was not, did its quality falter. This work will examine not only its stormy success but the reasons why the final 30 installments bear little resemblance to the 90 that preceded it.

All things considered, it is the splendid stories, the many great moments, the memorable performances, and the talent of all concerned that are celebrated here. Just as the timeless Bogart‑Cagney‑Robinson gangster epics‑‑upon which this series drew much inspiration‑‑will continue to live on enjoyed by subsequent generations of viewers, so too will Desilu’s Untouchables.

When this project was officially begun somewhat leisurely under the working title of Chicago Stories* in 1986, there was but a single program called The Untouchables, and almost everyone had heard of it at one time or another. Since then, a major motion picture essentially remade the basic story and several years later, another series began.

The author’s original book focused mostly on the original series that appeared on ABC from 1959 through 1963, but this effort will also explore the later works as meritorious reinterpretations and abstracts of the original.

*While much of author Dan Lynch’s writing and commentary remains intact, this compendium goes beyond the scope of his original intent to a meaningful degree in light of the show’s 60th Anniversary in 2019. Reviews, research, study, and commentary separate from Dan’s manuscript is denoted in bylines, footnotes, and posts where appropriate.