“The bookies had given four-to-one against him, but on May 3rd, 1932, through the efforts of Eliot Ness and the Untouchables, Al Capone was convicted and taken out of circulation. Out of circulation, but not out of business. Frank Nitti was holding the organization together. Although the Capone mob still made a big noise, it wasn’t the same. The lion was down and the jackals were already slashing at his flanks. But there were other lions. One of the biggest was Joe Kulak, from St. Louis. Kulak, the one they called The Teacher, because he had trained so many underworld big shots. He had given them their start. He still gave them their orders. On November the 9th, 1932, alerted by federal authorities in St. Louis, the Untouchables watched Kulak arrive. Their job: to find out what he was doing in Chicago. ”

Joe Kulak (Oscar Beregi), arrives in Chicago to meet with Arnie Seeger (Richard Conte), and oversee the assembly of a vast, nation-wide syndicate, which would control everything from narcotics to gambling. But first, Seeger must prove his mettle to The Teacher and win the confidence of other vice lords around the country.

Their first meeting annoys Kulak when Seeger’s parter, Danny Kurtz (Richard Karlan), becomes irrational over a territorial dispute. As a show of strength, Schram has Kurtz eliminated, but the murder is witnessed by Maxie Schram (Milton Seltzer), who unwittingly came upon the affair after hours in Seeger’s athletic club. Recently released from prison and looking for work, Schram runs from the building and is observed by Rossi, who is unaware of what has taken place.

When Kurtz turns up dead, the Untouchables set out to find Schram in a State Street flophouse. Knowing Schram would likely not have murdered anyone, Ness tries to buy his services as an informer. He refuses but keeps the coat Ness brought him to ward off the cold. Later finding Seeger at his apartment, Schram approaches him for work but gets a chilly reception, not only from Seeger but from his girlfriend, Roxie Plumber – the former Mrs. Maxie Schram. Annoyed with the intrusion and unaware of Roxie’s past, Seeger gives Schram the brush-off, effectively throwing him back into Ness’ circle.

Hanging around Seeger’s gym, Schram discovers an apartment address. Assuming it may be the location of some important meeting, Ness has the apartment bugged and leaves George Cooper (Russ Bender), a police technician, tending the wires.

Soon, Kulak, Seeger, and Roxie arrive, but the bug is discovered almost immediately. When Cooper fails to phone in, the Untouchables go looking for him. Outside the apartment, a speeding car rushes past, from which a large steamer truck is thrown at Ness and his men. It contains Cooper’s body.

When Ness arrives to grill Seeger over Cooper’s murder, Kulak becomes annoyed again and suspects Roxie, who took the lease out on the apartment, as the likely informer. Unwillingly, Seeger orders her death, but his gunsel, Dutch (Thom Camey), bungles the job when she intentionally wrecks her car. Roxie then runs off to find Schram. Unable to resist her fraudulent advances, Schram promises to return with enough cash for them to leave town together. But Roxie fingers Schram to save her skin, and Seeger’s hoods cut Maxie down in an ice house. When Ness learns of Maxie’s murder, he orders Roxie picked up and forces her to reveal what she knows or face a murder trial.

The next day, Seeger attempts to bring the big meeting to order, but the six impatient gang lords prefer to wait for Kulak, who is inexplicably tardy. Soon, footsteps are heard outside, but when the door opens, it’s Ness and Hobson with the announcement that Kulak has been imprisoned and charged with Cooper’s murder. Stunned, the ganglords file quietly out, while Seeger begs them to stay on. Unable to bring further charges, Ness turns to leave, but baits Seeger with his back. Furious with Ness for ruining his dream, Seeger reaches for his gun, but Ness beats him on the draw.

“Convicted on Roxie Plumber’s testimony, Joe Kulak was executed April 10th, 1933. That same day, Roxie was shot and killed by parties unknown. Her death had been arranged by six notorious big shots paying their last respects to The Teacher.”

One of many elements contributing to make The Organization memorable is the appearance of Milton Selzer, who, with humble features and a little help from a threadbare cap and oversize coat, truly looks like someone stepping out of the Great Depression. Selzer will return in The Matt Bass Scheme, Downfall and The Cooker in the Sky, each time enhancing the period flavor with his simple, authentic demeanor.

Oscar Beregi’s Joe Kulak, though deposed and killed off in his first of seven appearances, will return heading up the New York rackets in The Takeover, The Contract, and The Monkey Wrench, among others. While has much more to do in later (and more interesting) episodes, here he’s easily disgraced by the bumbling Arnie. Invented as a good alternative to Nitti, more refined and gentlemanly, Kulak nevertheless would disappear altogether for the final season.

Though Richard Conte fills the leading role, it is vixen-eyed Susan Oliver’s gold-digging Roxie Plumber who steals his and nearly everyone else’s scenes. Polished and seductive, Roxie is a tramp. The episode’s ending, however, is clumsy and anti-climatic, as Ness goads Seeger into drawing his gun by turning his back to him.

Joe Kulak was indeed a real Chicago criminal, but not a swarthy underworld influencer. In reality, though, his name would cause more trouble for Ness than he’d ever know when Kulak claimed that the real Ness knew about his moonshine operation on Chicago’s South Side, implying that it operated with his consent. When the report of the connection was made sometime later to the FBI, it spoiled his chances at joining the Bureau and became fodder for J. Edgar Hoover’s long-running quarrel with Ness. The allegations against Ness were never proven. 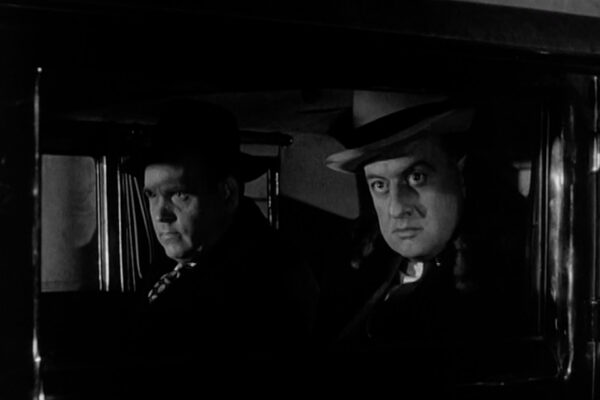 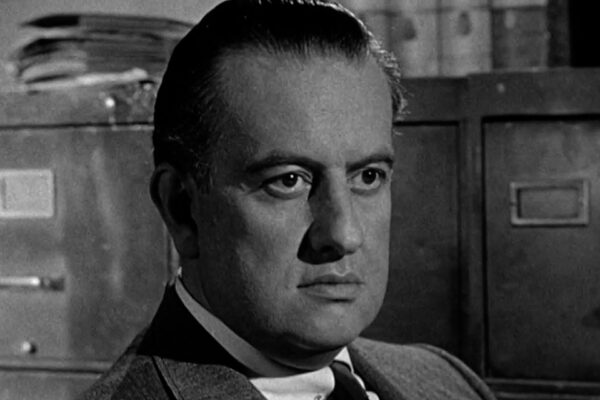 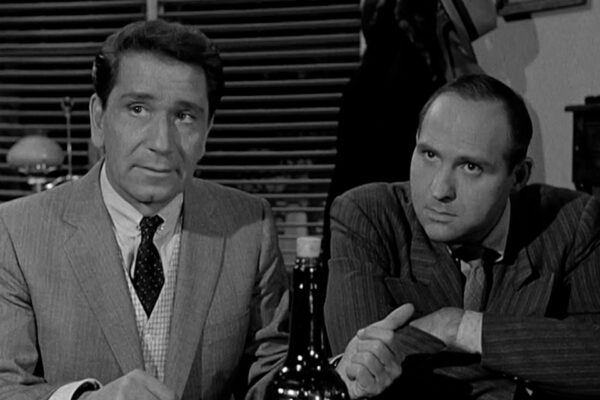 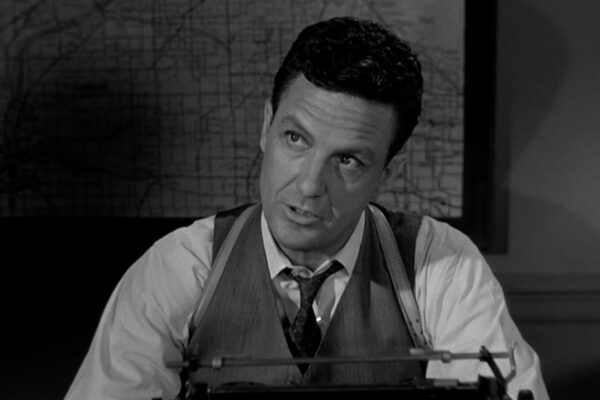 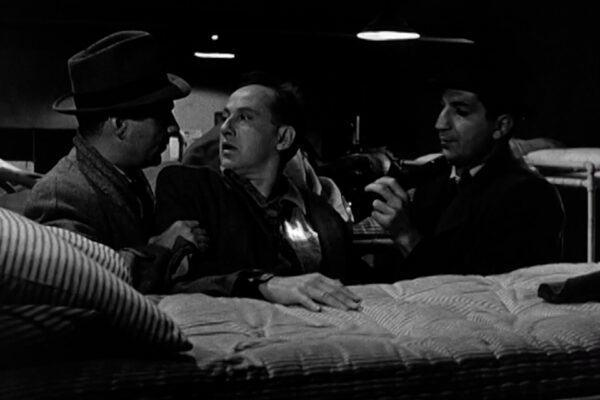 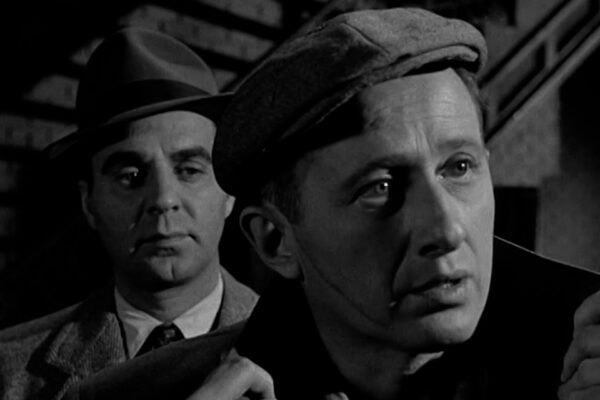 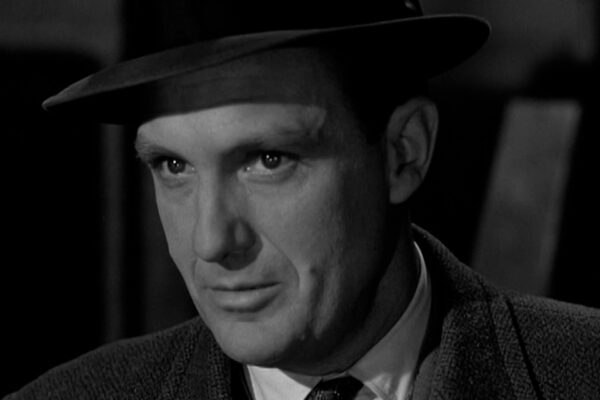 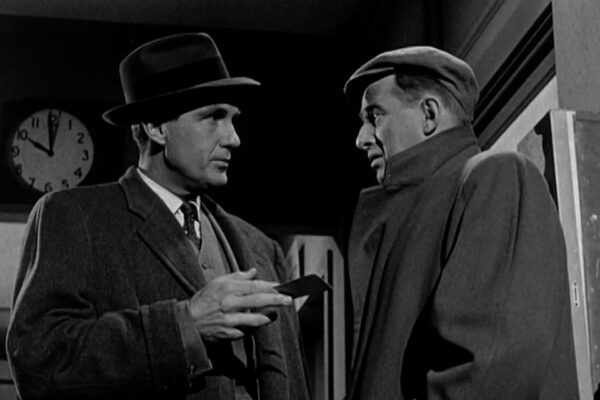 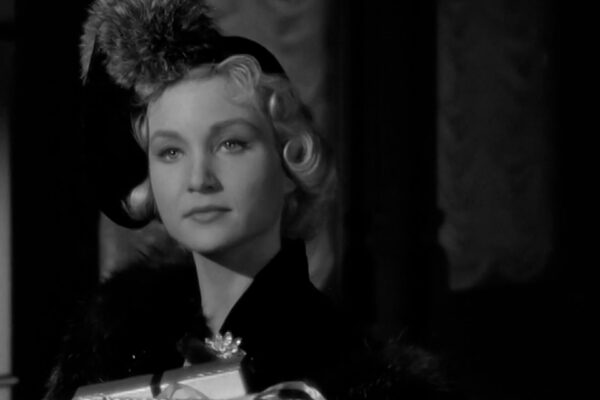 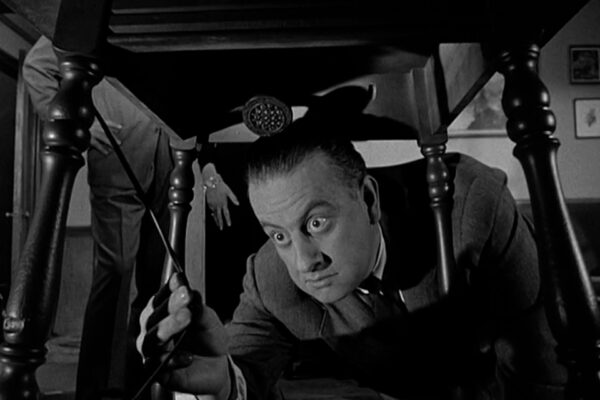 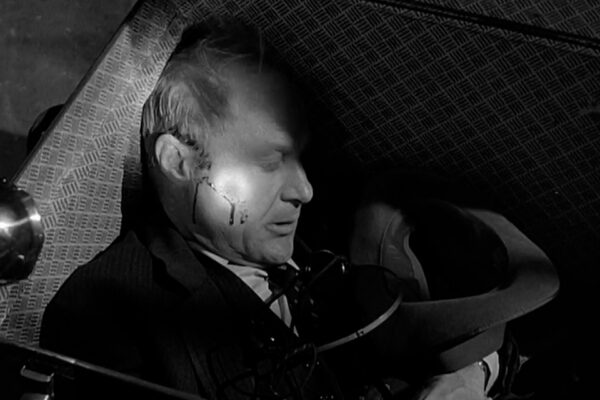 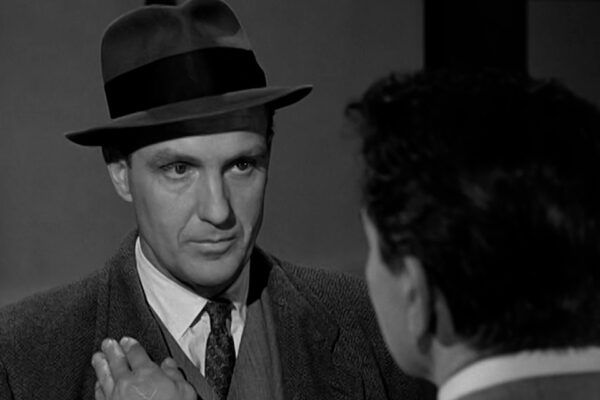 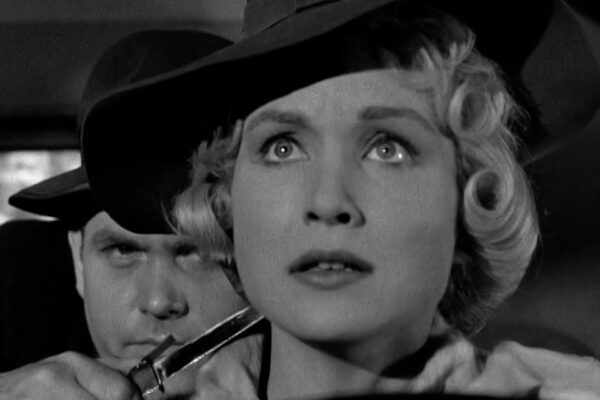 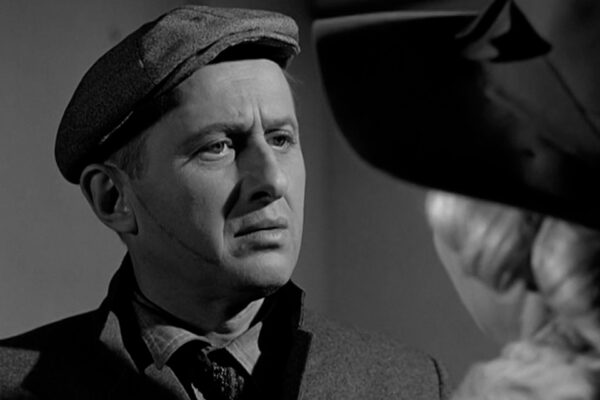 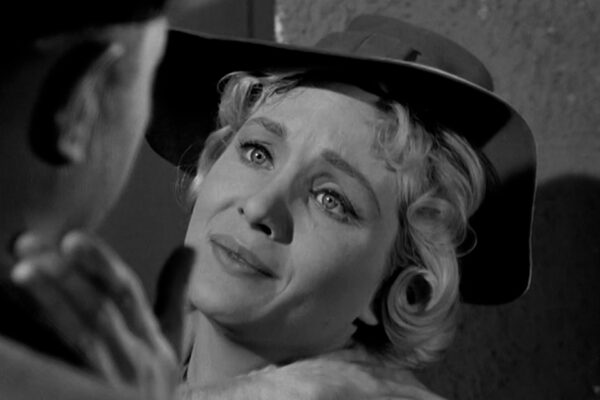 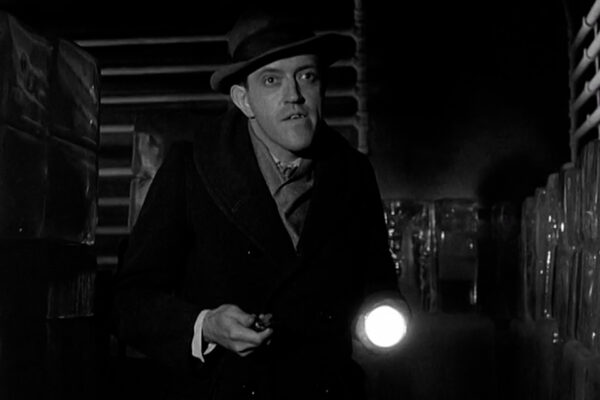 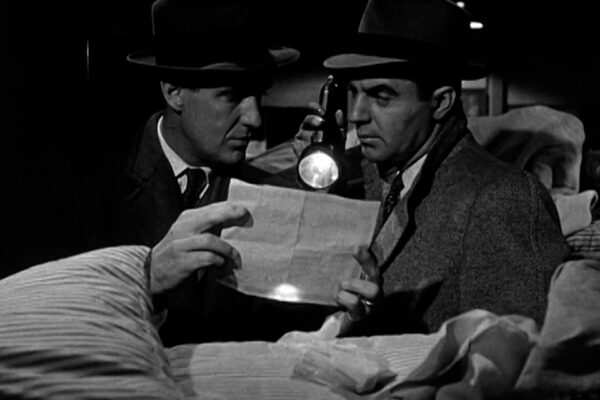 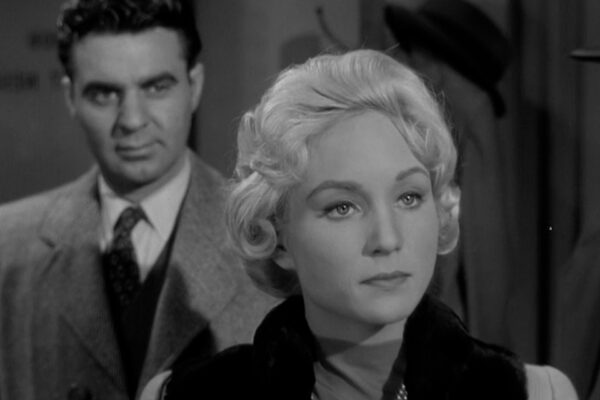 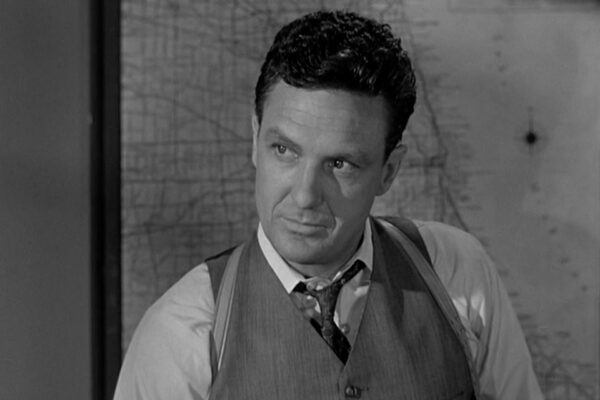 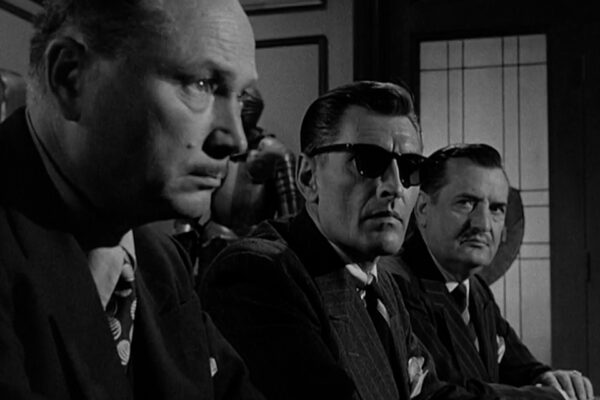 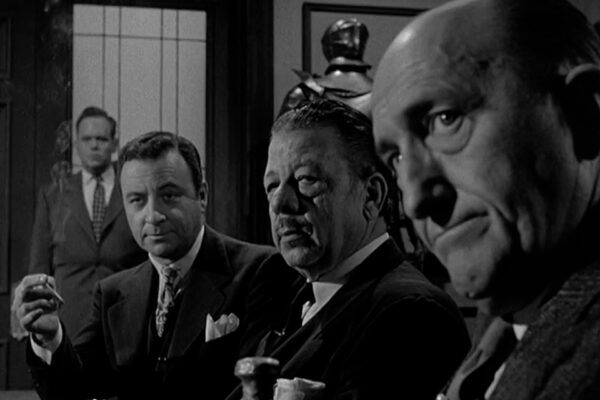 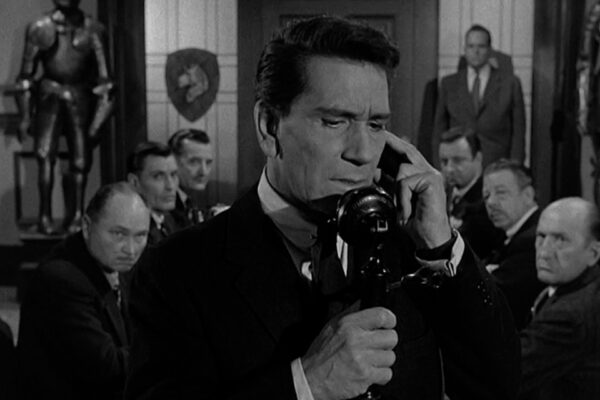 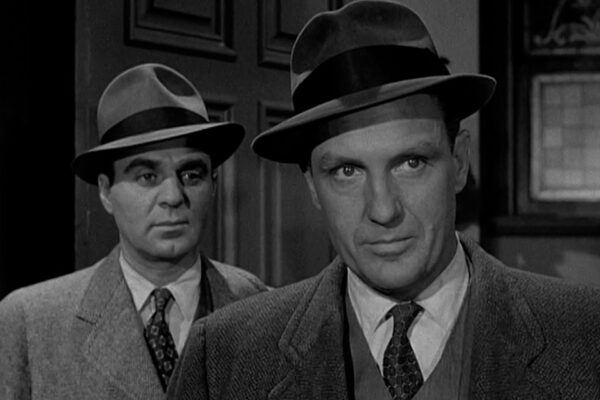 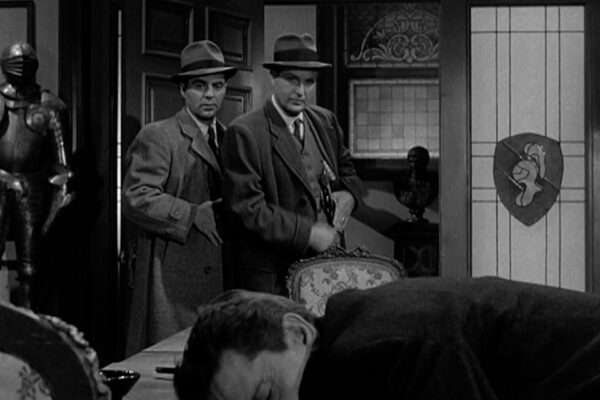 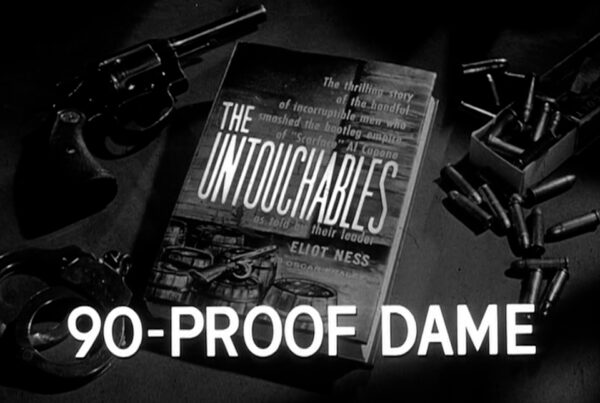 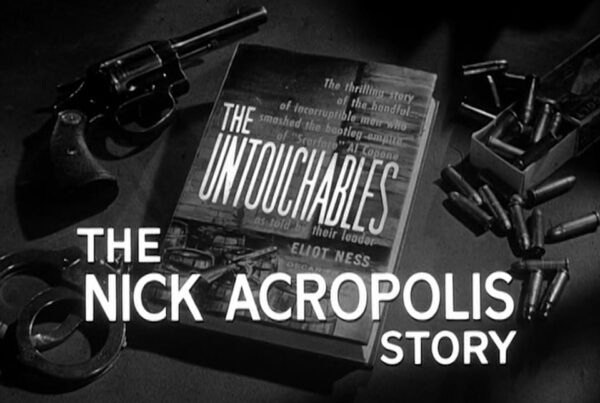 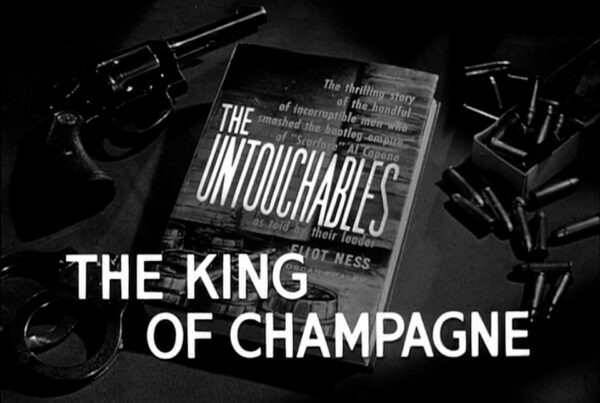 The King of Champagne – Episode Review