“Geographically, Chicago always had its North and South side. In the early 1930s, these terms had a very special significance. They referred to the territories of rival gangs. The North Side was controlled by Barney Bertsche. Everything south of Madison Street belonged to the Viale Brothers, Augie and Vito. The line of demarcation was never clearly drawn and the territories overlapped and were often in dispute. The result: gang war.”

A Chicago newspaperman with a familiar byline is gunned down and the city is outraged. A $25,000 reward is offered for his killer and private detective Bill Hagen (Jack Lord), is willing to trade information on local bootlegging interests with Eliot Ness in exchange for tips uncovered in subsequent raids that might help Hagen earn the reward. 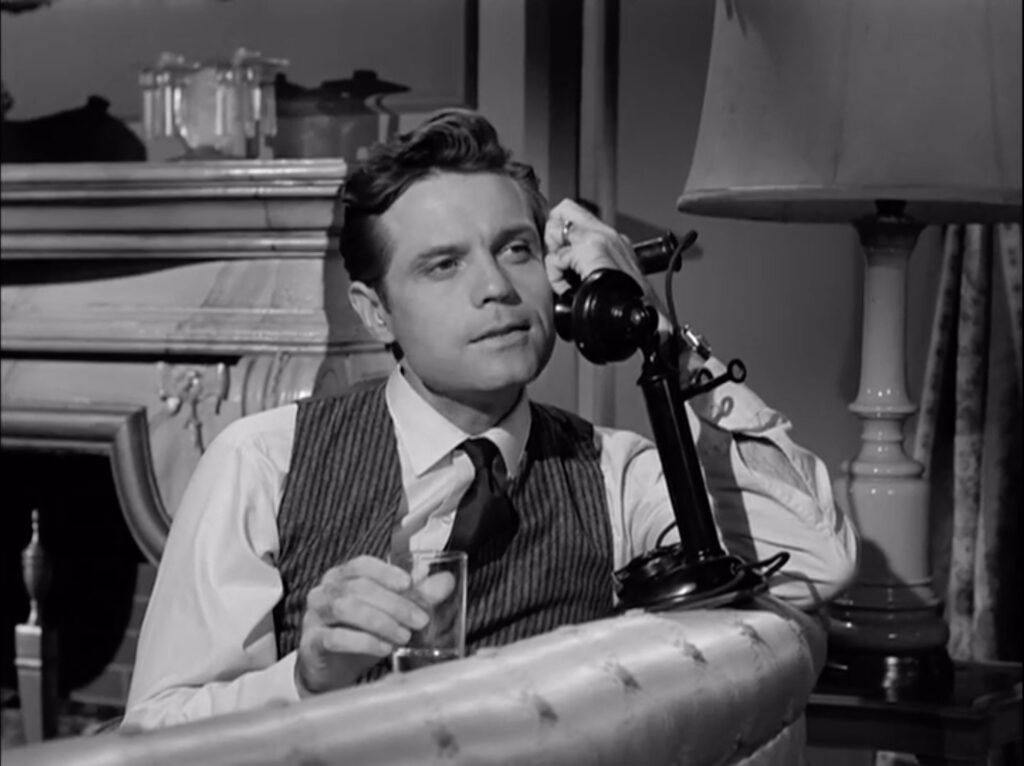 Jack Lord in Chicago before moving onto Hawaii.

Jack Lord guest stars in this uncertain story about Chicago Tribune reporter Alfred Jake Lingle, who was dispatched by the underworld for being something less than a distinguished member of the Windy City press.

This story doesn’t spend any time with Jake Lingle, fleshed out for a couple of minutes by Herb Vigran. He is summarily dismissed after filing a single story concerning an armed disagreement between two rival mobs, the Barney Birch boys and the Viale Brothers, the leads played by Charles McGraw and John Beradino, respectively. The real Lingle was caught between Capone and Moran. Why the real story became obscured is unknown. It deals with the Lingle matter by treating it as central to the plot, but cooks up another and drags its feet through all of it. Oops. 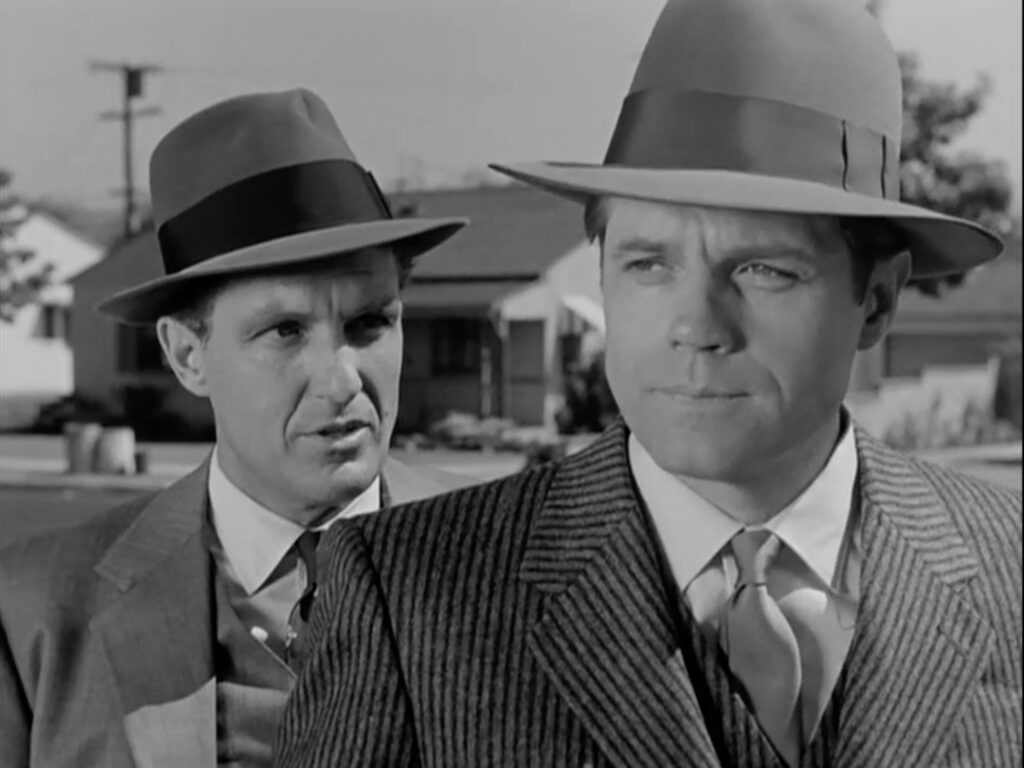 “Maybe his mother knew what she was doing when she dumped you.”

Jack Lord was considered for the part of Eliot Ness for a few months earlier for all of 15, possibly 20 seconds. A fine actor, he went on to ABC to pursue the contemporary private eye business in the South Pacific with James MacArthur in Hawaii Five-O. Lord and Stack have good chemistry and its interesting to consider whether or not the writers ever considered bringing his character back to the series. 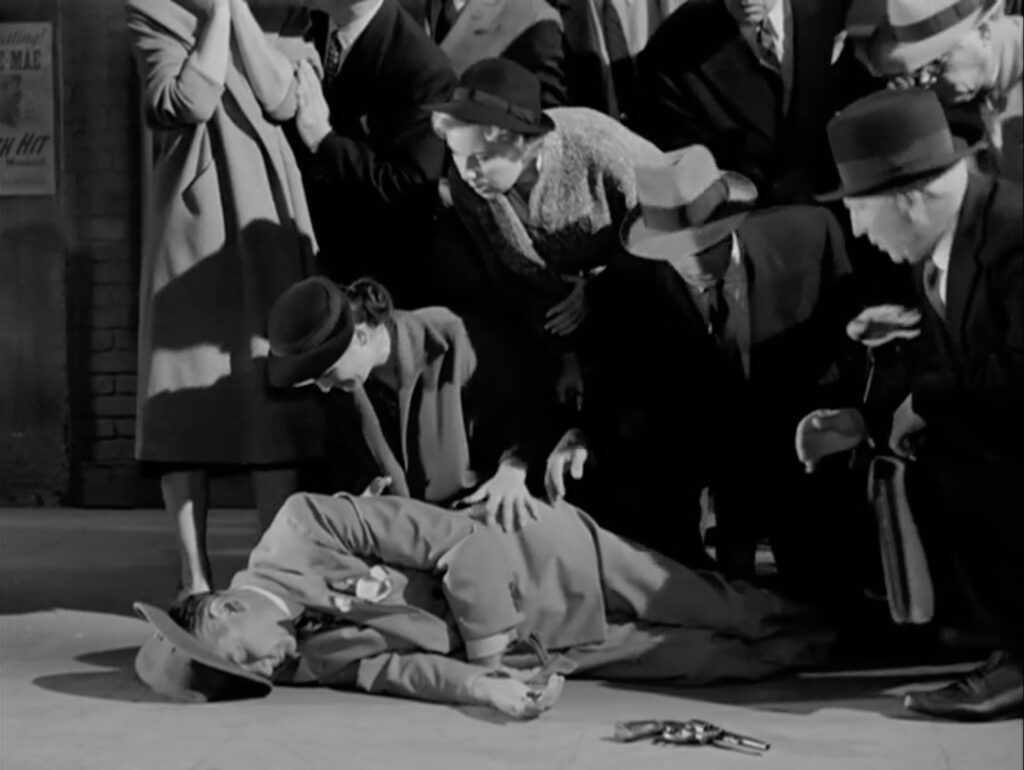 Jake Lingle gets to enjoy his namesake episode for about three minutes before he’s gunned down in a reenactment of actual events.

NESS: Very tough.
FLAHERTY: He’s a crook.
NESS: We’re not getting married to him, Marty.

HARRY: If you want information why don’t you go to the public library!

NESS: Wait a minute. You dissolving the partnership?
HAGEN: What do you want, alimony?

HAGEN:What is it with you, Ness? What does the government get you if you get yourself killed? A monument? “Eliot Ness, died in the name of the Volstead Act.” What’s the Volstead Act, the Emancipation Proclamation?
NESS: It’s the law.
HAGEN: Well, you enforce it, cut me out.
NESS: Still got that picture of your son on the dresser?
HAGEN: Stay out of my life.
NESS: Maybe his mother knew what she was doing when she dumped you.

NESS: Say hello to the boy for me.
HAGEN: You’re nobody he ever heard of. In fact, you’re nobody anybody will ever hear of until they put up that monument for you. “Eliot Ness – For Valor. Above and Beyond the Call of Duty.”
FLAHERTY: Strange guy.
NESS: Yeah, you never know. Lingle was a guy who looked good on the outside, but the center was rotten. Hagen was a guy who looked bad on the outside…who knows what goes on inside.

• The real Jake Lingle was assassinated at the Randolph Street Station of the Illinois Central Railroad, so the set design displaying the station name is a nice touch.
• The First Season struggles occasionally with pacing and strangely cuts to a commercial break during the raid on the farmhouse and again in Hagen’s confrontation with Barney Birch just as they have both their guns drawn. Likewise, the ending exchange of gunfire over a convoy of illicit booze is poorly staged and inserted as an ineffective excuse to perforate some containers of whiskey.
• This will happen several times in the First Season, but there are extra, unnamed “Untouchables” stacked into one of the scenes that will vanish as quickly as they appear.
• The interrogation scene with Ness lining up hoods under car lights is interestingly filmed. While his dialogue is little too hard-boiled, the fire in Stack’s eyes is evident.
• The series rarely ventured off the Desilu lot to shoot “on location,” so the scene where Ness and Hagen meet at “Lincoln Park” has a different feel than the most filmed on the backlot.
• Hagen is one of the rare characters that earns a degree of admiration from Ness and the respect is evident both in their banter and in Ness’ closing line of dialogue.
• While producer Quinn Martin downplayed the show taking an overt position on morality, Hagen is one in a long line of characters that will colorfully assail Ness’ white knight, Untouchable nature, much to this author’s enjoyment. Curiously, the episode doesn’t really feature Ness doing much in the way to earn Hagen’s scorn. (“What does the government give you? A monument?”)
• Augie Viale (John Beradino) is the first of several reoccurring, fictional gangsters invented by the writers and will appear again in One Armed Bandits later this season. Beradino also portrayed the ill-fated Johnny Giannini in the original two-part Desilu film, appeared in Hitchcock’s North by Northwest and is perhaps best known for his work on General Hospital.
• Phillip Pine would get a lot of work in The Untouchables and appear as different characters in four other episodes, inevitably getting gunned against a table again in Season 2’s Stranglehold.

• The real Lingle, armed with a pencil, was more gangster than some of the gangsters. He got carried away with himself and incurred the wrath of the gangsters who had guns. Working for the Tribune for $65 a week, he was on Capone’s payroll for a time at the rate of $60,000 a year. He was shot down in an Illinois Central pedestrian tunnel on June 9th, 1930. Though Lingle was crooked, his demise had a great deal to do with the government deciding it was time to do something about Capone. 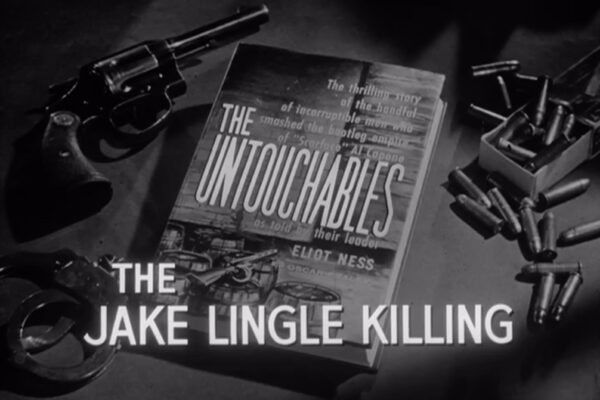 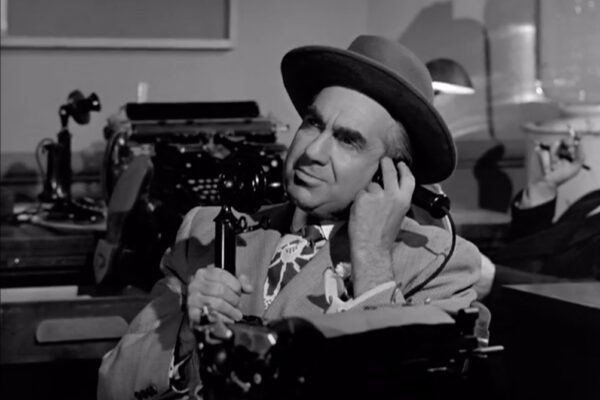 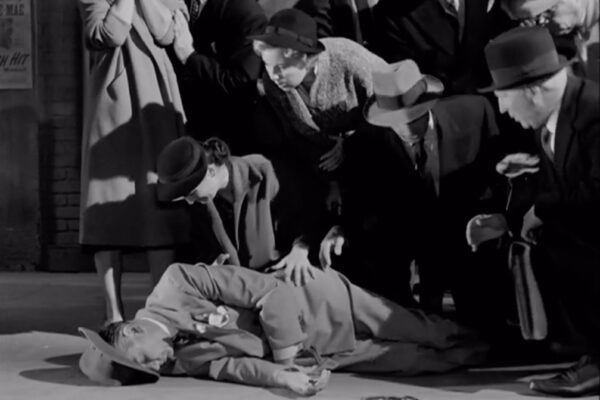 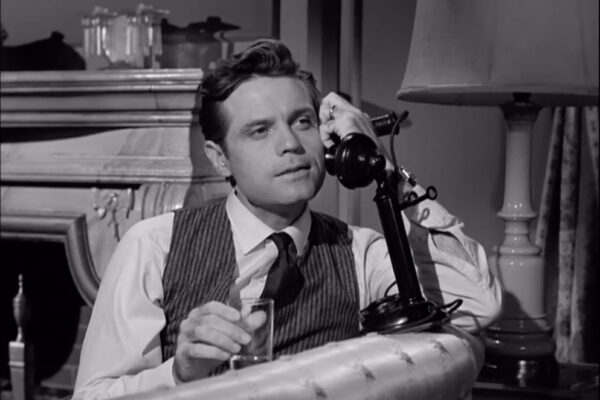 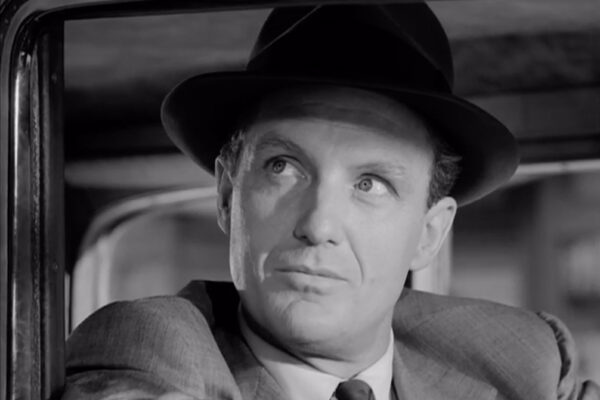 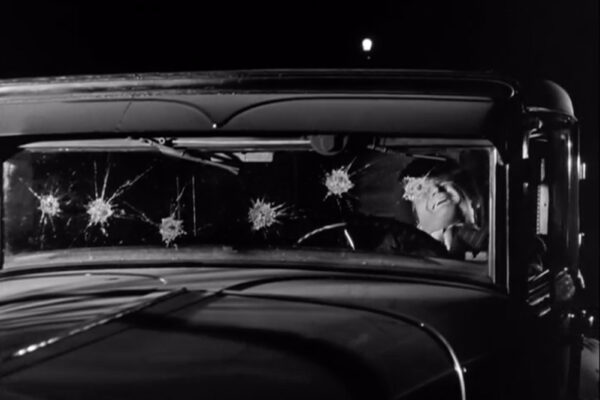 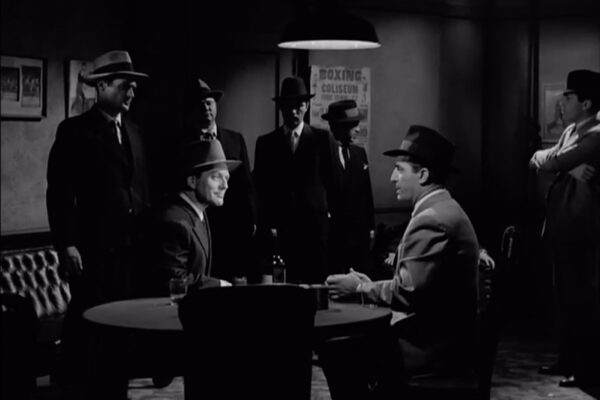 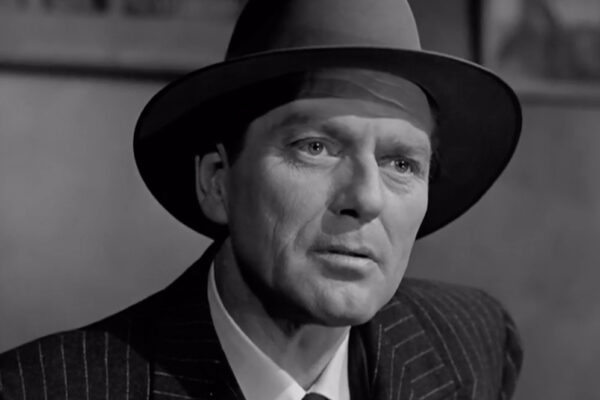 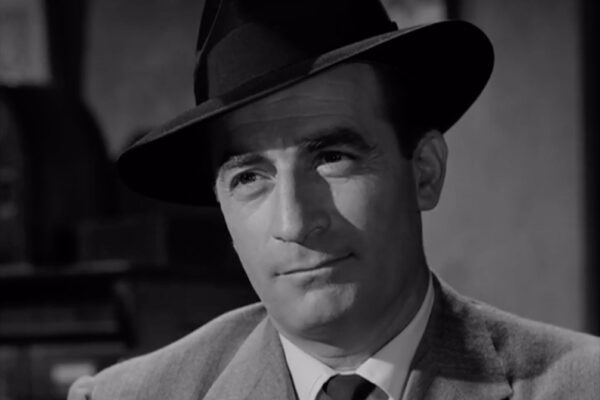 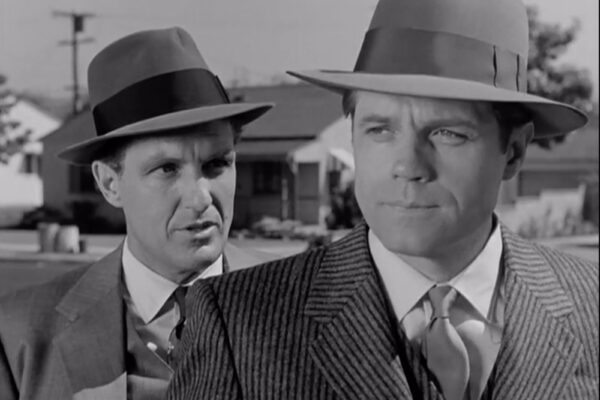 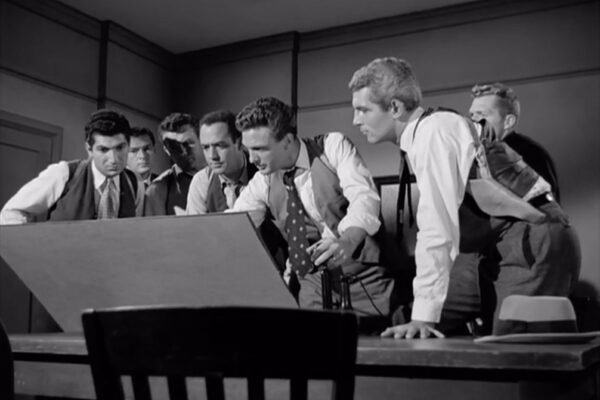 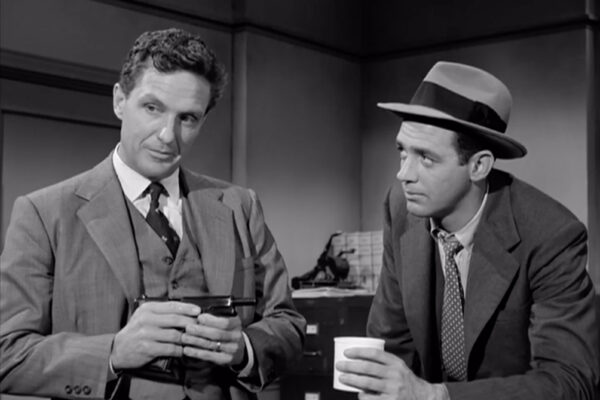